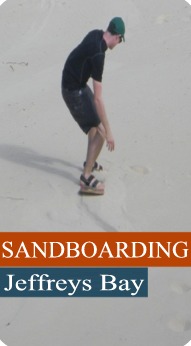 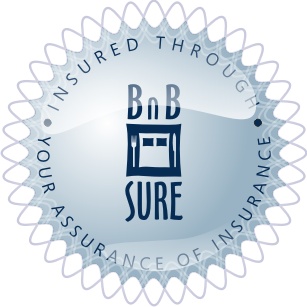 Your private shuttle link between Port Elizabeth Addo Sundays River and Jeffreys Bay, We offer guests a opportunity to visit the Addo National Elephant Park, Jeffreys Bay's world famous Surfing Beaches and the Sundays River Valley at a affordable, safe and convenient manner, You will find this the ideal transfer option if you would like to visit some of South Africa's Malaria Free Game Reserves and Unspoiled Beaches in the Eastern Cape.

Est: 2005. All Vehicles have Legal Road Permits and Passenger Liability Insurance, Drivers have ProfessionalDriving Permits for your Safety and Peace of Mind.

One of our friendly drivers will collect you from the Airport Your Hotel or Guesthouse and transfer you to any destination in the Eastern Cape.

Port Elizabeth (PE) is not only home to stunning beaches, interesting museums and award-winning wildlife destinations, but also some of the friendliest people in the country. It’s no surprise to visitors that it’s called the “Friendly City”.

Port Elizabeth is a coastal hub in the Eastern Cape where everything is only a 15-minute drive from the airport.

It’s one of the largest cities in South Africa, lying 770km east of Cape Town where it forms part of the Nelson Mandela Bay Metro, which links the city with the inland industrial towns of Uitenhage and Despatch.

If you’re interested in culture, you’ve got to check out the Red Location Museum, a museum in New Brighton Township that portrays “both the horrors of institutionalised racism and the heroic efforts of the anti-apartheid movement”.

Then there’s the Donkin Reserve, where you can enjoy birds, walking paths, an opera house, a lighthouse and a memorial.

Don’t forget to make time for the Nelson Mandela Metropolitan Art Museum and Prince Alfred's Guard Memorial, both in St George's Park – the oldest park in Port Elizabeth and home to the St George's Cricket Oval.

Since PE includes Nelson Mandela Bay, it’s also where you can find Route 67 – a collection of 67 art pieces celebrating the years Nelson Mandela devoted to public life. It’s a mix of visual arts, urban design and heritage, showcasing old Victorian churches and the terraced cottages on Donkin Street, where massive silver pipes catch the famous winds of Port Elizabeth and make music. You can also see the lighthouse that once guided ships into Algoa Bay, now accompanied by an awesome pyramid.

One of the highlights is the large metal cut-out of Nelson Mandela leading South Africans to vote in the country’s first democratic election – a moment that South Africans will always remember.

The city is an outdoor-lover’s paradise, so don’t miss out on boat cruises, scuba diving, and a visit to the Seaview Predator Park.

When you head into town take a walk through the Boardwalk Casino and Entertainment Complex, where shops, restaurants, an amphitheatre and casino will keep you entertained for hours on end.

Also worth a visit is a 52m tower with 204 steps leading to the top. It’s called the Campanile Memorial and stands watch over the Port Elizabeth harbour. Built in 1923, the monument honours the arrival of British Settlers all the way back in the 1820s.

Staying with history, another gem is No 7 Castle Hill, which was built not long after the settlers arrived in 1830. This is one of the oldest surviving settler cottages in the city, complete with a cobbled courtyard and an operational well, and it shows you what domestic life was like in the 19th century.

How to get here

The centrally situated Port Elizabeth Airport is within easy reach from all parts of the city. Domestic flights connect Port Elizabeth with larger domestic centres such as Durban, Cape Town and Johannesburg. The N2 coastal arterial route takes you to the city by road from Cape Town in the south or Durban in the north.

Summer holiday time during December and January is most popular since the city comes alive with planned fun-in-the-sun activities. Beaches are less crowded and the weather is as good just before or after the high season if crowds are not your thing.

The award-winning luxury Shamwari Game Reserve is the perfect destination for day visitors from Port Elizabeth to enjoy a game drive.

Addo Elephant National Park; the cultural hub of Grahamstown; and Jeffreys Bay, famous for its waves.

Hire a Driver for a day or Self-drive is recommended.

A long weekend would be sufficient to explore the beaches, wildlife, places of cultural interest and golf courses.

A number of classy hotels line the waterfront; there are five-star game lodges at Addo and Shamwari; and township guest houses make an interesting departure from traditional accommodation options.

Opening of the Season

Who to contact for more Info on Port Elizabeth